Aired November 3, 2022. The Needham Planning Board began discussions about the potential project at 557 Highland Avenue after listening to residents’ concerns and closing public hearings.
reported by Yuxiao Yuan
On Tuesday, November 1st, the Planning Board started the deliberation process for the proposed development at 557 Highland Avenue. Their focus was centered around the project’s floor area ratio, or FAR. Many concerned residents have persistently expressed their opposition to the proposed scale and density of the project, and asked for a smaller FAR that was set closer to a 1.0, so it would bring less traffic to the nearby neighborhood. The FAR is calculated by dividing the total floor area of the buildings by the total area of the parcel. The current proposed FAR is 1.21. Most Planning Board members said they were in favor of the FAR, because it is both compliant with the zoning bylaw and a compromise from the 1.31 FAR that the developer company Bulfinch originally proposed. Planning Board vice chair Jeanne McKnight said she believed the traffic mitigation measures that Bulfinch suggested would provide effective solutions. “Generally I want to say that I’m in favor of granting the relief,”she argued. “Because I think the the traffic and other impacts of the increased FAR and the increased height can be mitigated.” The current zoning regulation allows a 0.7 FAR on this site by right, but applicants can apply for a special permit through the Planning Board for a maximum 1.35 FAR. At a previous hearing the Planning Board held to solicit feedback on this project, many residents pointed out that the calculation of FAR applied to the site excludes the parking garage from the floor area. The five story garage included in the proposal would significantly increase the FAR in reality. Planning Board member Paul Alpert said the exclusion is a standard practice which also applies to other business districts in town. “We don’t want all that parking space to take away from the retail space, the commercial space.” Board member Artie Crocker’s stance was a stark contrast. “This is much larger than what I believe should be allowed in this space, and I do not believe reducing it will have any real impact on what’s happening with the taxability for the town itself.” Crocker added he considers the modifications Bulfinch made to be minor. “They saved some of the glass that eight glass Atrium area from the 128 exit ramp side. They just …shaved a little bit of that off, and then they just took a couple of notches off part of the building, and that brought it down (from) 1.25 to 1.21. So, did technically, they…reduce the size? Yes, but from a practical standpoint did they reduce it? No, not really.” Crocker also raised questions about the 50-foot setback requirement. He said the current design for the setback area does not give enough room for green space, which includes a ten foot fitness path, surrounded by a five foot permeable surface on each side. “Now those trees are literally sitting, you know, sitting right at Highland Avenue. So it takes away that …breathing Zone, that breathing aspect of the comfortability, the feeling the buffer of what it’s really intended for.” He said he would like to see both buildings pushed back from the main roads. In October the board closed the public hearing phase regarding this project, but kept it open to feedback from the health department. Some residents are concerned about the town’s ability to oversee the safety of a life science company, which Bulfinch intends to have in the future. Only labs operating at a biosafety level one or two will be allowed. Bulfinch said companies of these two levels will only pose low or no risk to the public. The Planning Board has received a memo from the Needham Public Health Division, which enumerated all the biotechnology companies that operate, or once operated in town. Although the board did not have a chance to thoroughly discuss this topic, Paul Alpert and the chair, Adam Block both agreed the memo shows the town would be capable of monitoring the future BioLab operations on the site.” 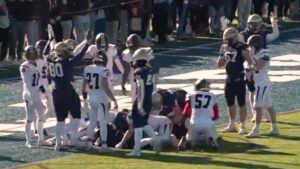